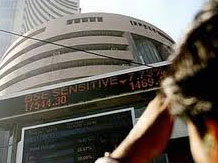 The Bank Nifty index started the day on a weak note, but picked up during the day to end at 12,396, up 0.02 per cent from its previous close. This was similar to the March 13 expose, when three big private banks – ICICI Bank, HDFC Bank and Axis Bank- were accused of money laundering. On that day, the stocks of these banks declined significantly, only to gain the lost ground by the end of the day.

According to market experts, the Cobrapost expose lost its novelty factor this time around. They said by accusing 23 banks and insurers, the expose had neutralised the effect on the whole sector. The expose, the second of its kind by the online magazine, has named financial giants such as State Bank of India and Life Insurance Corporation. This, experts admitted, confused the investors as to the extent of wrong-doing.

“If everyone is in the wrong, then who is doing the right thing? We will need to wait and see what the Reserve Bank of India (RBI) will do,” said a banking analyst with a mid-sized broking firm.

Further, experts added there was a certain amount of tiredness that had crept in due to endless scams and exposes, making investors indifferent. “There is a certain degree of cynicism among investors about this endless supply of scams… at the margin, they have lost their ability to shock. But having said that, these stocks will be under the scanner, with RBI launching substantial investigation into the banks’ various practices, KYC (know your customer) norms and selling of third party products,” said Saurabh Mukherjea, head of equities at Ambit Capital.

Over the past few quarters, despite issues, such as non-performing assets plaguing the banking sector, banks have been posting good numbers, mostly on the back of high fee income. The sustainability of the same is being questioned, particularly in case of private banks which charges a higher fee. With RBI taking a serious look at the selling practices, stocks of banks could, to that extent, come under pressure.