Journos hounded for exposing the corrupt

In the fall of 2007, the Delhi Police sucked the brains out of the Cobrapost team for information regarding Operation Duryodhana. The sting investigation had led to the expulsion of 11 members from both houses of Parliament, and the policemen wanted to know how we had gone about it.

So they asked us to submit the tapes, the tape recorders and the transcripts – for which we needed a few boxes. They also asked for our income tax returns, the addresses and mobile numbers of key people figuring in our investigation and anything else relevant for a criminal investigation.

But they assured us we were on the same boat (not that we had a choice if we doubted the police’s assurance) and we could, figuratively speaking, eat our ice cream in peace. So after belting out many thousands of Xeroxes and spending many thousands on copying the tapes, all the original material was deposited in police custody.

Today, as we near the fall of 2009, we learn that the police’s prosecutorial venom doesn’t spare the Cobrapost team. Our status is no different from that of the MPs who took money to ask questions in Parliament.

For me, personally, this is nothing new. I first experienced it in 2001, when Tehelka. com and its reporters became the favourite punchbags of the establishment.

Since then I have, on an average, spent a day every week in court.

Unlike corporate media houses, I don’t enjoy the luxury of overstaffed legal departments. My cases are largely contested by lawyers who are personal friends and who give their precious time for free.

For that I am grateful.

A particular case foisted on Tehelka staffers and me under the Official Secrets Act since 2005 has meandered over all the floors of the Tees Hazari judicial complex. It has seen more than half a dozen judges and provided my former partner Tarun Tejpal a lot of material to gurgle out in his latest novel, The Story of My Assassins. It has also given me enough anecdotes to put together as a chapter in some future book of my own.

The prosecution blames us in this case – and please don’t laugh for its Kafkaesque quality – for ruining India’s relations with the Dutch! It was launched on Tehelka allegedly quoting certain home ministry minutes that claimed Dutch NGOs were funding some North- East militants.

Over the past few years, Cobrapost itself has produced dozens of investigative documentaries.

They range from boy trafficking to baby sellers to the illegal procurement of arms, fake education certificates, issuance of illegal passports and corruption at a state forensic laboratory.

Many of them have led to FIRs being lodged by various law enforcement bodies.

But not even in one has any of our reporters ended up as co- accused.

Of course, there was no such luck for the journalists who worked on Operation Duryodhana.

Which is ironic, considering what Parliament itself had to say about it.

“A free press using fair techniques of investigative journalism is an indispensable asset to our democracy. We would prefer more acknowledgement from the media that the overwhelming majority of public servants work hard and have high standards.

“We would prefer more recognition of the value of our democratic mechanisms and the dangers of undermining them… But we do not hold the media in any way to blame for exposing genuine wrongdoing.

“They have a duty to enquire – coupled with a duty to do so responsibly – and in that way can contribute to the preservation of standards in public life.”

The writer is the editor of Cobrapost. com 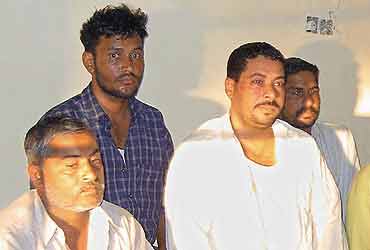