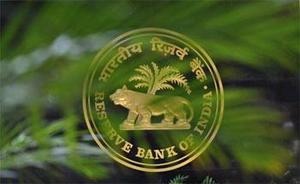 The central bank’s probe follows a sting operation by Cobrapost.com, an online news provider, which claimed that staff at these banks was helping customers do deals that violate income-tax, enforcement and banking laws, said ” said an executive from one of the banks who did not want to be identified. “Once our enquiries are over, we will send our findings. There are enough checks and balances.”

Aniruddha Bahal, editor, Cobrapost.com, said the three top private banks have been helping customers launder money for years and their branches across the nation offer escape route to those with ill-gotten wealth. Bahal claimed these activities and advice provided by bankers have been recorded for months, running into hundreds of hours, in a sting operation by its Associate Editor Syed Masroor Hasan, posing as Rajeev Sharma.

“The investigation finds the banks and their managements systematically and deliberately violating several provisions of the Income-Tax Act, FEMA, RBI regulations, KYC norms, Banking Act and Prevention of Money laundering Act with utter disregard to consequences, driven by their desire to boost cheap deposits and thereby increasing their profits,” Cobrapost.com said in a statement.

The Bharatiya Janata Party has sought Prime Minister Manmohan Singh’s attention to the matter while Communist leader Sitaram Yechury proposed cancelling the banks’ licences if the allegations are found true. Finance Minister P Chidambaram said top officials at two of the banks had termed the reports as incorrect, without revealing their identity.

All the three banks said they are inquiring to find the truth.

“We have constituted a high-level inquiry committee to investigate into the matter and submit its findings in two weeks,” ICICI said in a statement. Axis and HDFC Bank did not provide a time frame to complete the internal probe.

“The matter is being investigated on top priority,” said HDFC Bank.

“Segregation of frontline sales activities and back-office operations and post-transaction monitoring processes are in place to ensure independent checks and balances. Any deviation is viewed very seriously and stringent action is taken both at an organisational and employee level.”

Video clips posted on the website show the undercover reporter engaged in conversations with various executives at different branches of these banks seeking advice on how to deposit or invest the bribe money of a fictitious politician. Bankers are also shown saying transactions such as cash deposits by politicians and others take place and they help them do it. In many cases, they seem to be insisting on minimum requirements such as PAN card or passport.

A clip shows the reporter seeking avenues to convert into white Rs 7 crore that a politician will receive in February, and keep it in a locker.

The banker responds saying, “You can open multiple accounts and deposit small sums of money in each account to avoid tax. This money can then be invested in insurance schemes that give guaranteed return with tax benefit. We can also give you a locker.”

In another, the reporter seeks advice on remitting money to an overseas account of the politician’s wife. The banker is saying it is possible but with a cap of $2,00,000. But that’s anyway permitted by the Reserve Bank of India.

“Our finance minister has been speaking extensively about the cancer of money laundering and tax evasion in our system,” said the statement from Cobrapost. “The onus is now on the government to act swiftly, and get its investigative and enforcement agencies, including the CBI, to launch an investigation without even a day’s delay.